The advent of so-called 'no fault' divorce is on the horizon but, until then, a great many divorce petitions will continue to be issued on the basis of unreasonable behaviour by one party or the other. As a High Court ruling underlined, the requirement to prove such behaviour is no empty formality.

The case concerned 28 divorce petitions that had been passed to the Court for consideration after a judge noticed that, in each case, the particulars of alleged unreasonable behaviour were couched in word-for-word identical terms. All the petitions had been drafted and filed by an online divorce advisory service.

Ruling on the matter, the Court noted that no fault divorce will for the first time become available when the Divorce, Dissolution and Separation Act 2020 comes into force in April 2022. In the meantime, however, the law was absolutely clear that the irretrievable breakdown of a marriage must be proved by evidence.

A director of the service apologised profusely to the Court for the use of standardised wording. He explained that the wording had been sent to petitioners who were asked if there was any part of the draft statement with which they disagreed. He believed that that practice was acceptable. However, it was tolerably clear that not one of the 28 petitioners had made any amendments to the standardised statements.

The Court observed that this was not a correct way to proceed. The petitioners were required to state their own particulars and to give a true account of the unreasonable behaviour alleged. It was not possible that 28 absolutely identical statements could all be true. In those circumstances, there was no alternative but to dismiss all of the petitions.

The Court considered referring the case to the Director of Public Prosecutions on the basis that the use of standardised statements could potentially amount to the crime of perverting the course of justice. Given the director's apology and explanation, however, the Court decided not to take that course. In the event of repetition, the Court warned that it would have no hesitation in making a referral.

If you need advice on divorce or separation, contact our team on 01827 317070 or email sdavies@pickerings-solicitors.com 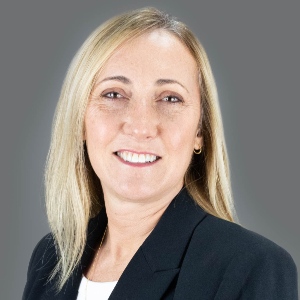 If you are divorcing, a number of issues may arise on which sound legal advice is essential. Our specialist team can assist you.
The contents of this article are intended for general information purposes only and shall not be deemed to be, or constitute legal advice. We cannot accept responsibility for any loss as a result of acts or omissions taken in respect of this article.

Ask Us a Question

A redundancy process that includes length of service or seniority as a selection criterion is...
Read more

Judges take a robust approach to enforcing contract adjudicators' decisions and will only overturn...
Read more

Taking legal advice when making your will is more than likely to reap dividends after you are...
Read more

What Our Clients Say

Jane, Siobhan and every member of staff I spoke to whilst dealing with my divorce, will, house sale and all the advice and help given  was friendly, honest and professional.  Thank you doesn't seem enough.

Emily explained everything to us in layman terms and  was friendly and efficient - I would definitely recommend Pickerings to my friends and family.

Everyone at Pickerings is friendly and this really put me at ease.  Communication was excellent and I would definitely recommend to others.

May I thank you, Jane & ALL the Family Team for everything that you have done for our family over the last 18months.  Without all of your expertise in each of your particular fields, I'm not really sure as to where I would have been and I really do appreciate everything.  Thank you.

We found Pickerings to be very professional and sympathetic to our needs.  All communications were very clear and efficient and we would certainly recommend them to others.

Wonderful friendly service and people.  Top marks all round.  I don't have any suggestions as to how you might improve as the services are excellent.

Susan Davies in the family team was brilliant throughout the entire process.  I was very pleased with everything and would recommend to others.

Pickerings staff offer a friendly and competent service.  Marie in particular was welcoming and helpful, she was very knowledgeable and guided me through the probate process at a difficult time.  I would be happy to recommend.

We are extremely happy with the service supplied by Emma Harrison and Pickerings.

What a great team!  After months of stress with other solicitor firms, we were at the end of our tether.  After appointing Pickerings every department we dealt with were excellent, particularly Emma in the Wills department.  I have complete trust in Pickerings and am happy to recommend them.

First class personal manner given throughout, in what was a difficult time.  Pickerings were very helpful and always kept in touch with updates either by letter or phone.  A big thank you

Pickerings Solicitors have dealt with all of my requirements most professionally.

Excellent service received and I found everyone in the practice to be very friendly and approachable.

Marie was both professional and friendly.  Marie explained things in detail ensuring I understood and was happy to help at any time.  Excellent service given from a very professional firm

Some cookies are essential, whilst others help us improve your experience by providing insights into how the site is being used. The technology to maintain this privacy management relies on cookie identifiers. Removing or resetting your browser cookies will reset these preferences.